Pioneer is held to the highest standards of safety through our own safety protocols and that of Transport Canada.

By eliminating the pilot of manned aircraft we reduce and outright eliminate many risk factors associated with large scale geophysical surveys.

We are proud to be one of the first drone based geophysical surveying companies to be a part of IAGSA and to have passed and acquired our BARS certificate. 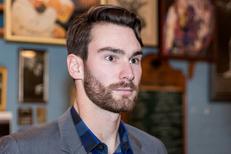 TO SUPPLY HIGH QUALITY DATA FOR YOUR EXPLORATON AND MINING NEEDS.

Pioneer's core team has flown surveys in over 10 different countries on 4 different continents. We have completed projects at 5000m altitude in the Chilean Andes to 40 degree heat in the Sudanese desert. This international experience has given us a wealth of knowledge in a multitude of environments as well as within various governments and the regulations that come with these jurisdictions and countries.

With Pioneer, Mr. Gagnon-Nandram has provided his expertise as a geophysics specialist for a variety of different survey methodologies, including seismic refraction, resistivity/IP and ground based magnetic surveys in addition to LiDAR and magnetics from airborne and  UAV platforms. He helped to develop Pioneer's current UAV survey methodology, being one of the first pilots trained in the use of Pioneer’s UAV platforms and flight control software.

In addition to an active role in overseeing field operations, he is involved in operational support and data analysis from the office. 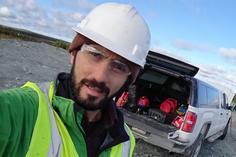 “Three words come to mind when describing Pioneer Exploration. They are quality, efficiency and safety. Summa Silver has worked with Pioneer Exploration on drone-mag and aerial imaging surveys at our Hughes property in Tonopah, Nevada and based on our experience with Pioneer, we will be a return client and plan to work with them on all our projects." 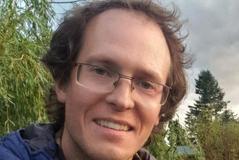 We specialize in small to medium-scale (100 to 5000+ line km) UAV surveys, where manned airborne surveys can be very costly and terrestrial surveys that used to take weeks, can now be flown in just hours.

Mr. Evenden has over 8 years experience in the mining industry working as an exploration geologist since graduating Queen's University in 2012 with a B.Sc. with Honors and Specialization in the Geological Sciences.

As an avid hobbyist of all things photography and videography, Mr. Evenden bought his first drone in 2016 in order to record his travels in a new and exciting way. This hobby lead him to creating his own media production company, Evenden Imaging, that specialized in aerial video and photography as well as the production of maps and 3D models for various industries. In early 2018, Mr. Evenden came aboard the team at Pioneer Exploration Consultants Ltd. as a Pilot and Field Manager and is now Vice President of operations. Mackenzie helps facilitate project and crew logistics as well as regulatory requirements and health and safety protocols for Pioneer. 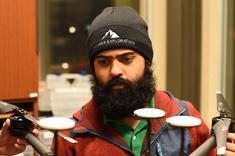 The entire airborne system can be transported anywhere in the world at a fraction of the conventional airborne survey mobilization cost.

A survey can be completed by just two workers and eliminates the need for line-cutting which significantly reduces crew, camp and logistics costs.

Mr. Burns has been actively involved in the mining and exploration industry since 2007 as a founding partner of the consulting firm Mackevoy Geosciences Ltd. Mr. Burns has managed multiple exploration projects from design and consultation through to conducting grassroots exploration programs throughout the Yukon Territory and British Columbia, Canada. Mr. Burns’ experience in project management and exploration, has led to both discovery success and experience in a variety of commodities, including tungsten, REE’s, lithium, gold, uranium, base metals, and gemstones. Since 2012, he has been extensively involved in the testing, management and production of multiple placer gold and gemstone projects throughout North America. Apart from being involved with several field exploration programs, he also lead the development at Pioneer and was influential in the success of the first ever commercial un-manned aerial vehicle magnetometer survey system, UAV-MAG™, which flew a landmark 600 line km survey on the first multicopter-drone geophysics survey.

Prior to his current position,  Michael Burns was the Chief Geologist for Potentate Mining LLC’s sapphire and gold mining operations near Philipsburg, MT. He earned a Bachelor of Sciences in Earth Science with honors and distinction from the University of Victoria, British Columbia, and defended his MSc. in Economic Geology at Laurentian University, Sudbury, Ontario.

Mr. Parvar finished his undergraduate studies in Mineral Exploration Engineering and soon after, started his graduate studies in Geophysics. As M.A.Sc. student at Queen’s University in Kingston, Ontario , he developed and evaluated UAV platforms for geophysical and geological surveys. He was among the first ones who successfully integrated magnetometers into UAV platforms and mapped an area for mineral exploration purposes.

Mr. Parvar was involved with Pioneer from the early days and helped to conduct some of the first surveys for the company in  2015. Upon graduation in 2016, he got employed by Pioneer Exploration Consultants Ltd. as a junior geophysicist.

His processing techniques and data QC standards are our main keys to keep the field and office operations moving forward smoothly. Additionally, he provides technical support for the costumer service.